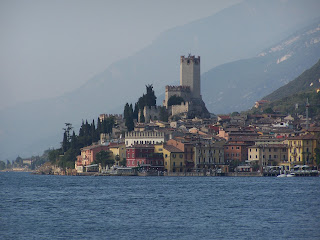 The summer, by which I mean the summer months as there was a distinct lack of sun here this summer, has flown by. A lot of my summer has been spent eating my way round London, Europe and California. So in place of a post with a recipe, I'll summarise my summer adventures and recommendations if you plan on hitting any of these places soon. 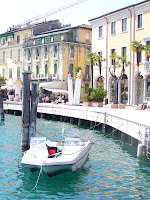 While on a long weekend in Italy on Lake Garda, we took a ferry ride to a quaint town on the southern half of the lake called Salo. We got there just as places we shutting up after lunch but we managed to find one little place that was still open. I didn't have a notepad on my so I can't remember exactly what we had but I do remember fantastic pasta with duck ragu that The Boy had and while I had a perfect rack of lamb.

In need of sun, we headed off to France. Not in the mood to deal with airports, we decided to road trip it down to the Languedoc region. Yes it is a long drive but we broke it up. It is a beautiful drive as you start to realise how diverse the French countryside is with it's changing scenery from the North to the South. The first rest stop was in the town of Tournus in Burgundy which lies along the river Saone. I found a reasonably priced (60-70 euros a night) basic hotel through Logis de France. It was a French friend who suggested the site and explained it as decent, reasonably priced hotels where you'll be able to get a good meal. We stayed at Aux Terrasses which had an adequate room and the kind of restaurant where you wonder if it will be good but when you realise that it's full of more locals than hotel guests you know you're in good hands. It was traditional French fare with flourishes of haute cuisine. Let's just say that the restaurant bill was twice the price of our room but we ate well, were able to linger and drink some fab Burgundy wines by the half bottle. 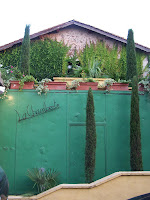 The next pitstop was Villneuve-les-Beziers, a small town of 3000, in Languedoc. When I mentioned to Johanna (aka The Passionate Cook) that I was going to that region, she immediately gave me a recommendation of a place to stay. She was adamant that at the very least we had to go for a meal. All I can say is THANK YOU JOHANNA! We loved La Chamberte. When you pull up, you don't really know what to expect. Once you get inside, the first sight is a courtyard garden with a couple of loungers and the odd cat lounging in the sun.

A converted wine storehouse, you walk into a large dining room and realise that they mean business when it comes to eating as the place only sleeps ten. Before I wax lyrical about the food, I should cover the rooms. Ours was a generous sized (comfy) double bed, there was air-conditioning (divine when it's 35-40C heat). It's the kind of place to head for when you need to get away from it all- the only TV is tucked away int he communal living room up stairs so there's no distractions and you can read peacefully in the sun for hours or you can pet one of the three cats that rule over the joint (or you can go for stroll to the Canal du Midi and hire a boat and cruise up and down).

I was excited to learn that it was a one menu kinda place. I had forgotten where I was and that it was a Friday when the lovely waiter told us what was on the menu. Fish, fish and fish. The Boy was happy as Larry but as someone who's not super keen on fish, I was gutted (no pun intended). As there was really nothing else in the kitchen, when in Rome and all that, I gave in. Starter was home cured salmon and blinis faites maison (homemade blinis) served with peppered creme fraiche and a simple green salad. The salmon wasn't too fishy, with an almost hammy, meaty texture. The saltiness was well balanced by the creme fraiche and the salad. The main dish was a fish tagine- a white fish (I can't remember what it was) served with couscous (they were large and reminded me almost of farro or barley). There was a choice of equally delicious desserts. Plus you've got to love a place that if you can't decide if you want red or white, you'll more than likely be given a bottle of each. Bruno, one of the owners, goes table to table halfway through the meal to make sure that everything is ok and to chat.

We loved it so much that we went back for dinner another night as it was near the house we rented (you don't have to be staying there to eat in the restaurant). Bruno and the waiter remembered us and greeted us as if we were regulars and sat us at our same table on the terrace. We're trying to figure out when we can go back for a weekend getaway.

More on France, California and London to follow.
Posted by Xochitl at 12:57 PM No comments: 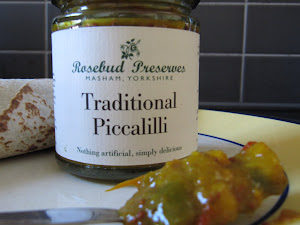